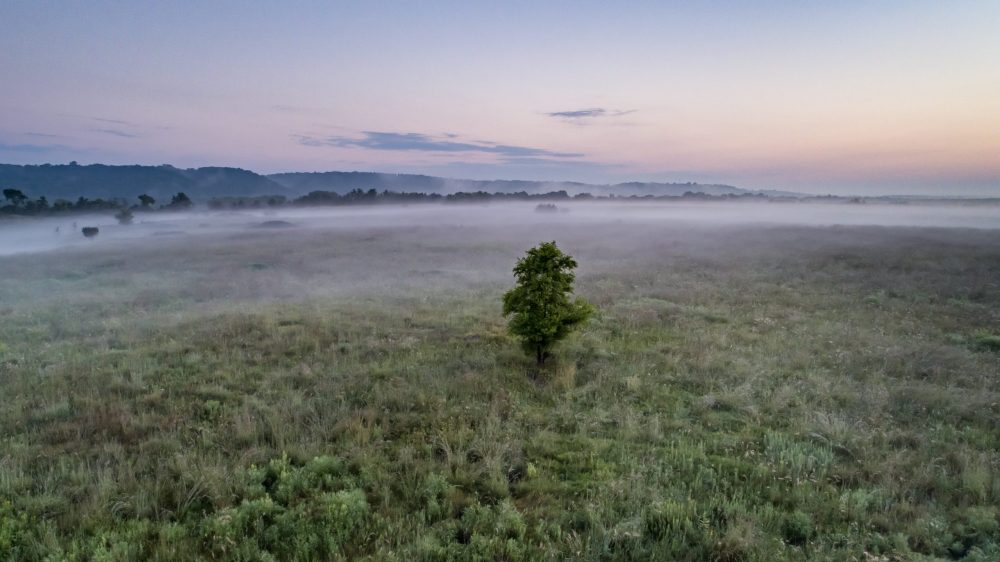 13 Aug What is biodiversity and why is it important?

Posted at 11:50h in Articles by Alyssa Bunde 0 Comments
1 Like

All around us, there is biodiversity, from the countless species of trees providing you shade to the insects hovering and crawling around you. Biodiversity is the variety of life on earth. It includes all living things, including commonly forgotten ones, such as microorganisms or invertebrates.

Biodiversity can be broken up into three different levels.

This is the variation of genes in an individual species. For example, dogs are all the same species, but their genes determine if they are a poodle or a German Shepard.

This is the variety of ways that species interact with each other and their different habitats, biological communities and ecological process, and individual ecosystems.  Therefore, ecosystem diversity encompasses many organisms and nonliving components, such as climate and chemicals. It looks at it all and how it all works together. An example would be examining the variation of ecosystems between different areas, such as deserts and grasslands.

Why is biodiversity important?

Depending on which website or study you look at the estimate for how many species there are on earth fluctuates. One study concluded there are about 1.5 million species, others have estimated 3 million or more. However, having an exact number is formality. The bottom line is, there are a plethora of species living and breathing on this earth with us and they play important roles in almost everything around us.

This should be no surprise and probably the most obvious example of species importance. Whether you’re vegan or a meat-eater, the earth provides all of your food. Pollinators and soil health also play a big role that is often forgotten about. Bacteria, insects, plants and other living creatures release nutrients that assist in soil health. Everything works hand in hand, throwing off one portion can destroy the other parts of the process.

Plants create oxygen through photosynthesis. In addition, trees and other plants absorb ground-level ozone, carbon monoxide, sulfur dioxide, and other greenhouse gases. Now think of areas where forests and plants are being hacked away, and you can imagine the disastrous result of that in the long run.

Many medicine discoveries have been because of research into plant and animal biology and genetics. Therefore, if a species goes extinct, we lose the chance to research and possibly gain a new vaccine or drug.

To make a list for all the benefits biodiversity has would be extremely long. It impacts almost everything we use. Other examples of what biodiversity provides us include, fuel, air purification, reducing soil erosion, economic value through forestry and fisheries, and cultural, aesthetic, and spiritual values.

Extinction is a natural part of life. Looking back, you can see that different species have either gone extinct or evolved. Species can go extinct because of natural shifts in the environment that take place over long periods of time, such as ice ages or large catastrophes in their environments.

However, today species are going extinct at the hands of the human race. Activities by humans are causing species to decline. Habitat loss, degradation, and overexploitation (overfishing, or overhunting). Climate change and pollution are also man-made problems that are negatively impacting species.

The United Nations recently put out a report that lists the five worst culprits of extinction, they are the following in bold.

Changes in land and sea use

An example would be if humans came into a jungle or any animals habitat and decided this was a great place for a new shopping mall or home development. This may seem extreme but since 1992, urban areas have more than doubled. However, It doesn’t always mean completely getting rid of the habitat. Even putting a trail

This goes back to overhunting, overfishing, over-cultivation, and activities such as these.

This phenomenon is the gradual changes in all interconnected weather elements on our planet. Climate change can also include changes in sea level, ice mass loss, shifts in plant life, and extreme weather events. Big shifts like this can disrupt a species habitat and puts them at risk of extinction.

This one is pretty self-explanatory. When you leave garbage all over, refuse to recycle or do not dispose of chemicals properly or even runoff from agricultural practices, species pay the price.

No, they’re not talking about aliens from Area 51. Invasive species can occur when one habitat is no longer safe or beneficial for a species, so it moves to a new one. This seems fine, but if a species decides to call a new area home it can disrupt those areas already existing eco-system. The invasive species may not be equipped for the new types of predators in the area or vice-versa, the invasive species may fall prey and, worst-case scenario, risk extinction.  Lack of food may also become an issue.

The International Union for Conservation of Nature states there are 98,512 species on the Red List. 27,159 species threatened with extinction. The red list is used worldwide and assess the conservation status of plant and animal species. It provides nine categories, ranging from not evaluated to endangered to extinct.

Species threatened with extinction and their percentage is below. 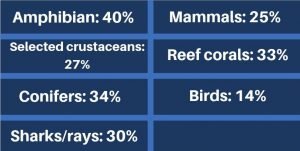 What can we do?

Similar to most suggestions for combating environmental issues the first step is to be aware and care about the issues. Once you understand the issues at hand it makes them far more real than someone telling you that you should recycle because (insert broad explanation like “it’s good for the planet”). You’ll know whats going on and what’s really at stake. However, if you are just simply looking for suggestions on how to help, here are the following.

Sorry, the comment form is closed at this time.